How Do I Get Rid Of Dental Caries At Home?

Dental caries is known to be holes in the teeth as a result of the bacteria dissolving the dental wall by the acid produced after feeding them on sugar. There are more than 500 types of bacteria found naturally in the mouth, and there are areas that are more prone to decay than others, Where the plaque is more complex, such as the grooves, the dental drill, the areas between the teeth, and the areas adjacent to the gum line.

Caries begins to decay on the outer layer of the tooth surface, enamel and then moves to the deeper and finer layer of dentin. It is important to note that the person does not feel any signs until caries reaches the layer Ivory. Caries is one of the most common health problems in the world, and if tooth decay is neglected and treated, decay leads to deeper layers of the tooth, and the gaps that cause the occurrence, and lead to severe pain and may reach the incidence of inflammation and loss of age at times.

How to get rid of tooth decay at home:

Some scientific experiments have suggested that chewing sugar-free chewing gum has a role in re-mineralizing the surfaces of the outer teeth, ie tooth enamel. A substance found in casein phosphopeptide-amorphous calcium phosphate (CPP- (ACP) helps reduce the number of decaying bacteria, and xylitol, which is present in some types of frankincense, helps reduce the number of decaying bacteria, increases salivation, and reduces plaque acidity.

Eat Foods that are rich in vitamin D:

Studies have indicated an inverse relationship between vitamin D- rich foods such as milk, milk and the appearance of caries in children. Vitamin D helps absorb calcium and phosphorus from foods eaten. It is worth noting that vitamin D intake is not limited to the consumption of dairy products but can also be obtained by exposure to the sun.

Fluoride toothpaste is recommended. Studies have indicated the role of fluoride in the process of re-mineralization of the tooth enamel layer.

Reducing the intake of sugary foods:

According to the World Health Organization, eating sugary foods is one of the most important factors that may cause tooth decay, and reduce the amount of sugar taken to be less than 10% of the proportion of calories obtained by the body, and If you eat sugary foods, you should avoid eating them all day long and continuously because this does not leave an opportunity for the teeth to re-mineralize.

A study showed that the use of oil, especially sesame oil and coconut oil reduces plaque and inflammation of the gums and the number of bacteria in the mouth, and has an effect such as the effect of a mouthwash containing chlorhexidine.

It helps to kill the bacteria causing tooth decay.

Treatment of dental caries in the dental clinic:

The treatment of dental caries in the dental clinic includes the following procedures:

The dentist places fluoride on the teeth, which contains higher levels of fluoride than those found in toothpaste. Fluoride and calcium treat surface cavities, because fluoride can make tooth enamel more resistant For decay.

The fillings are the main solution if dental caries extends to ivory, and there are various types of dental fillings, the most important of which are colored fillings of tooth color, fillings, and porcelain. In addition to dental crowns that cover the entire tooth, It is used in the case of large dental fillings or weak teeth that are broken.

The treatment is performed if the decay extends to the core of the tooth.

Take off the tooth:

If tooth decay causes tooth damage, it must be removed.

For the prevention of tooth decay must follow certain procedures, brushing teeth using toothpaste that contains fluoride, and the use of floss medical teeth once a day at least, as advised to visit dental care clinic once every six months for a dental cleaning, as well as must be annual visit to take radiation images to make sure that there is no decay in the teeth, it should be noted the need to refrain from eating foods that stick to the teeth and are difficult to clean because they cause cavities than others, such as honey, dried fruit, as well advised not to eat snacks all the time because they provide energy to the bacteria to make the acid that attacks the teeth. 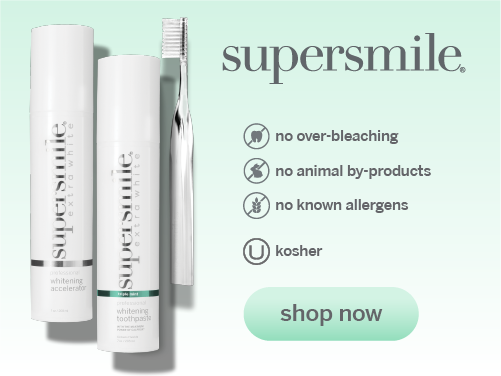 Subscribe to get 10 natural recipes for teeth whitening ebook

We use cookies to ensure that we give you the best experience on our website. If you continue to use this site we will assume that you are happy with it.Ok